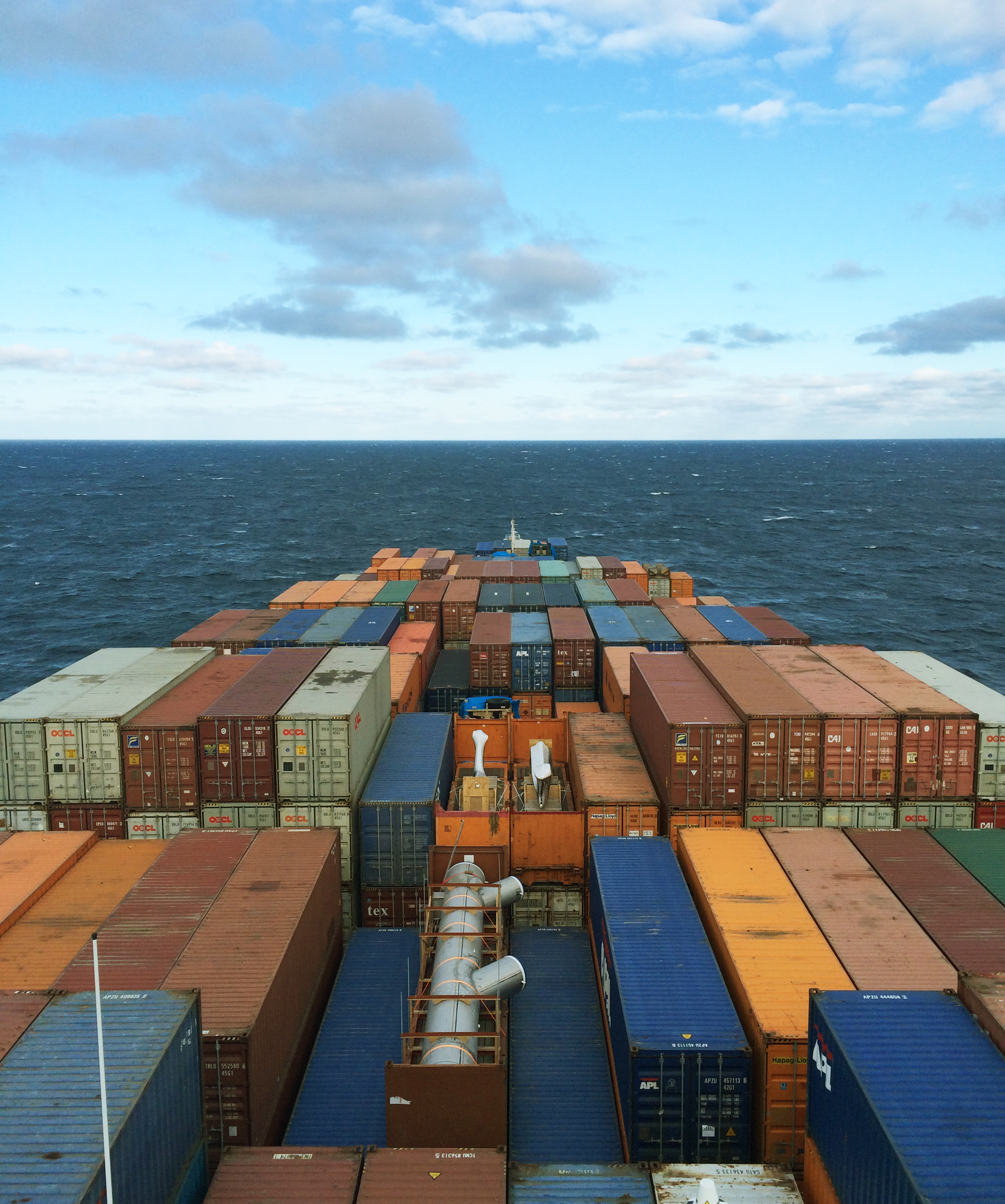 I'm happy to be back in the Bay after spending the last 80 days at sea on this container ship. This ship was on a similar run as in the short documentary I made a couple years back, running from New York City all the way to Thailand and stopping in many ports in between. The voyage had some chaotic moments including running aground in Egypt and a brief run in with some potential pirates, but we all made it home safe. If you would like to see some photos of the trip check out the photo feed section of this site here and check back for 35mm shots to be developed and added to my main photo section of the site here With the help of some great family and friends I was able to be part of three shows while I was across the globe. The first show was set up through the amazing Betty Bigas with the Roll Up Gallery, who hosted an art show at The California Academy of Sciences 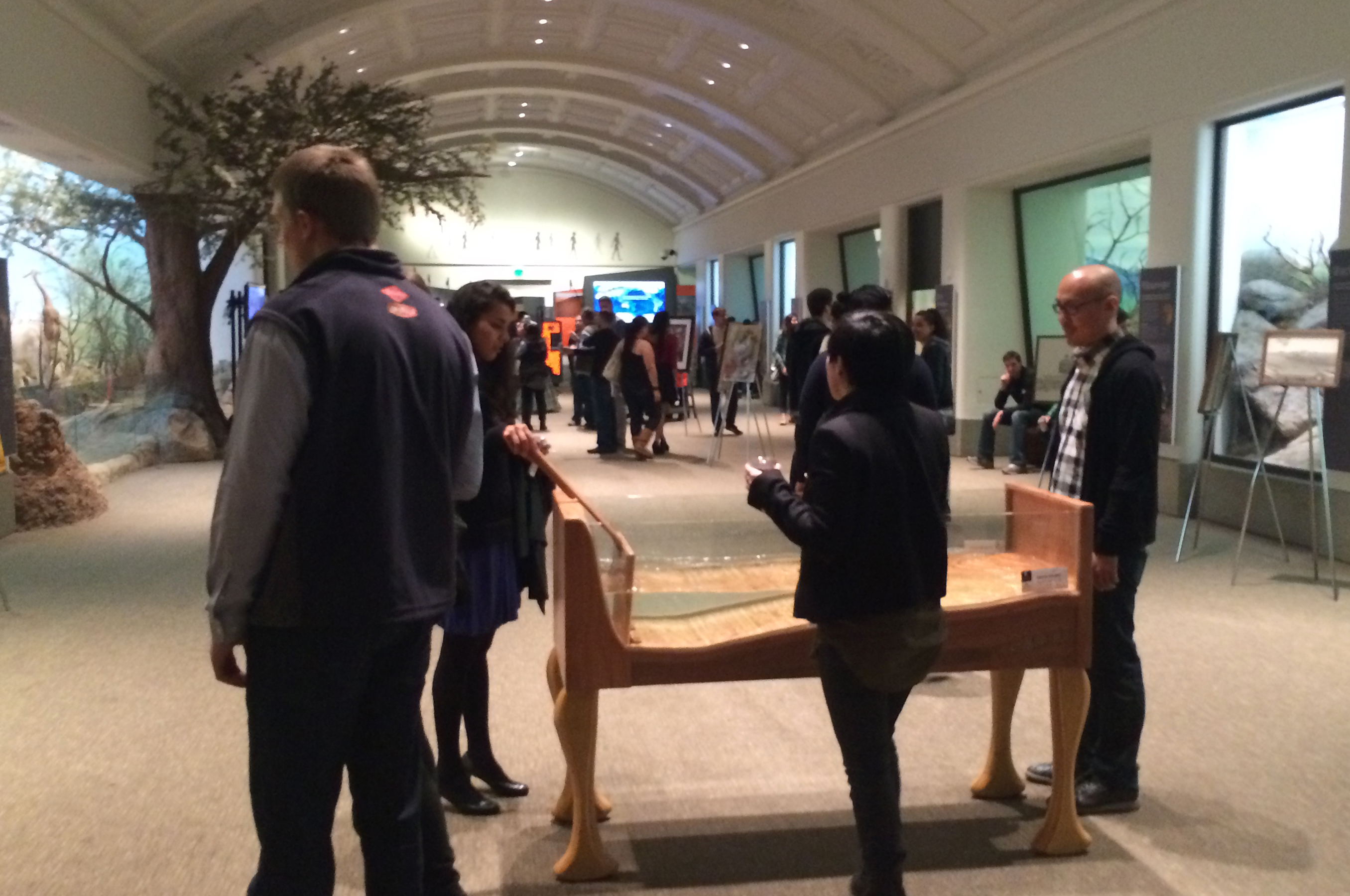 My wave tank was set up, along with several paintings, in the Tusher African Hall. 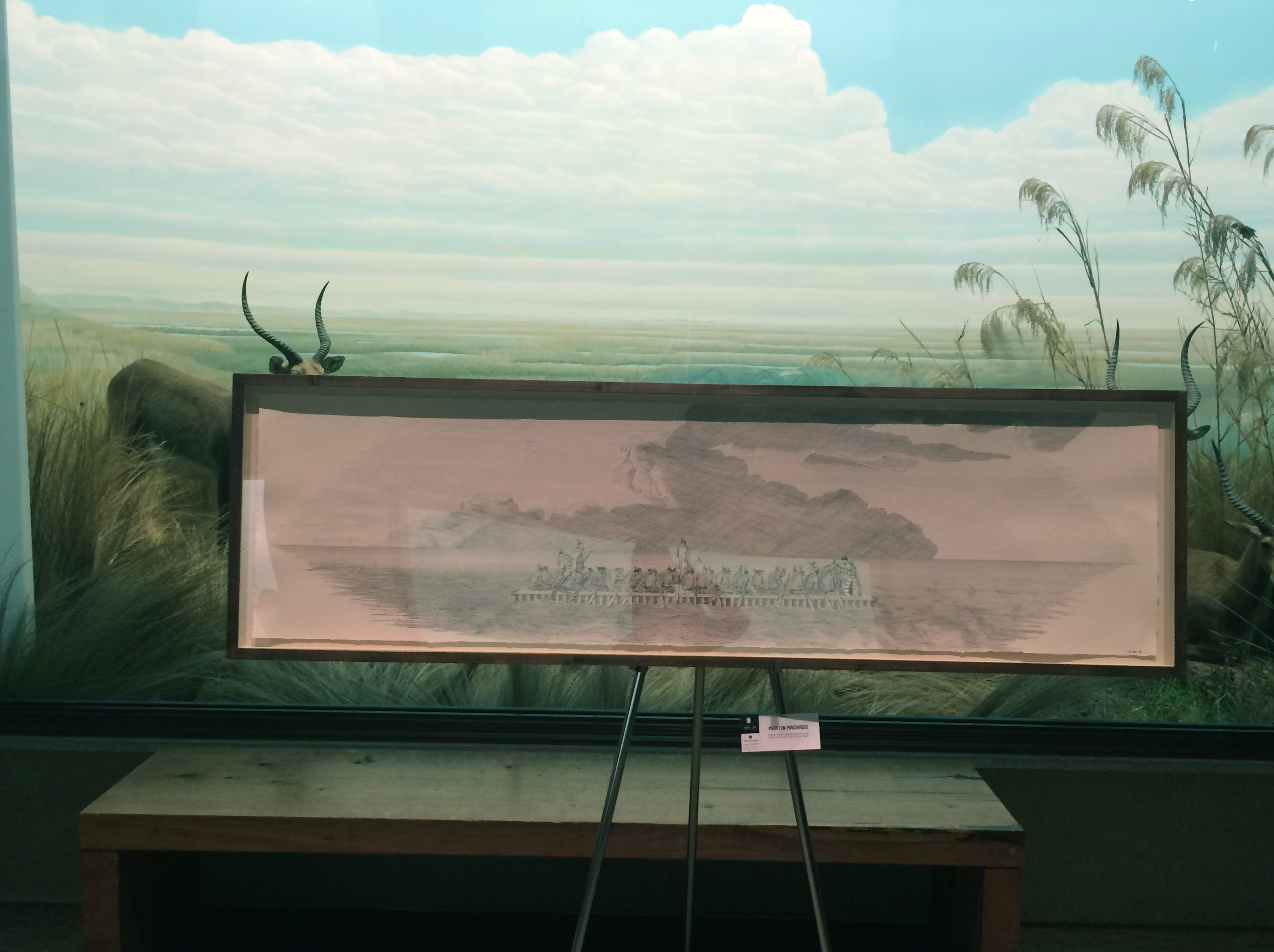 I wish I could have been there myself, the works seemed at home in front of the traditional dioramas and live penguin exhibit. The next show was up the coast in Astoria Oregon at Imogen Gallery. The show titled "The Sea Provides" was a two person show with the talented photographer Corey Arnold and coincided with the "Fisher Poets Gathering", a yearly event where commercial fisherman from all over the Pacific Northwest congregate to drink, wax poetic about the life we love, and drink some more. I heard good times were had by all, and I was very excited to be showing artwork for the first time with my Graveyard Point neighbor Corey. The most recent show was titled "Salt The Skies" at FFDG the physical gallery for the art portal that is fecalface.com.     I was very excited to be included with the talented lineup for this group show. Works by Brett Amory, John Felix Arnold, Mario Ayala, Jud Bergeron, Curiot (Favio Martinez), Christopher Burch, Lola Dupre, Michelle Fleck, Matt Gonzalez, Hiro Kurata, Marty Machado, Mark Mulroney, and Nicomi Nix Turner 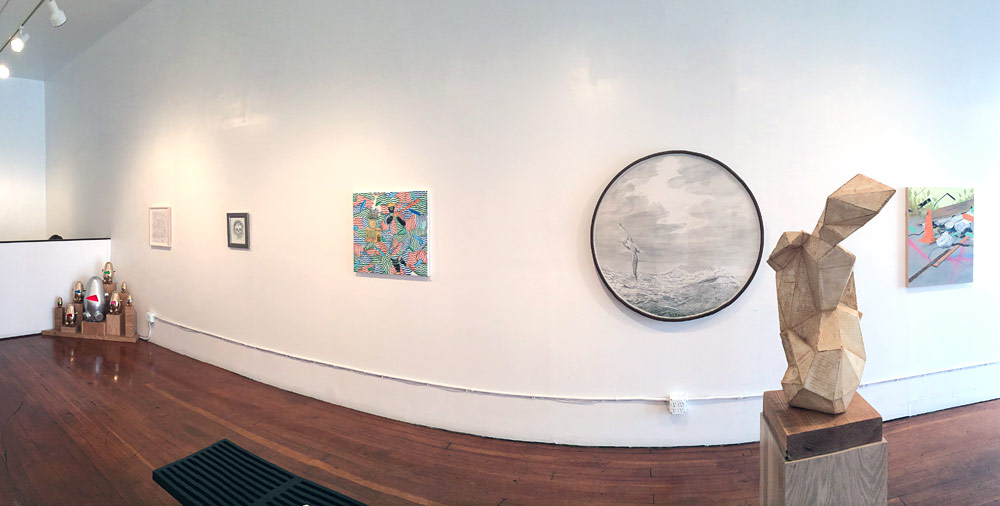